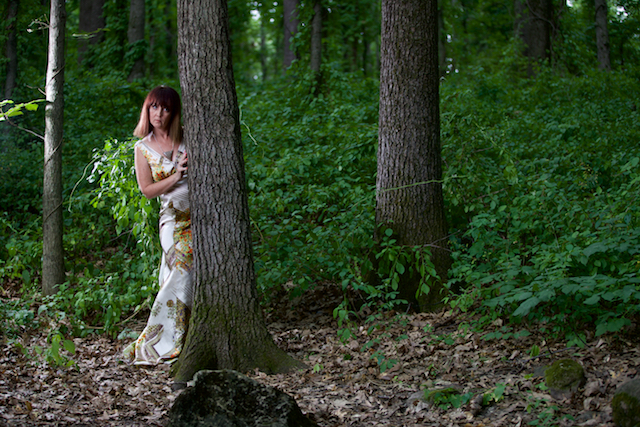 Cheryl was born and raised in southern Michigan. She has always had a love for all things artistic.

She is an alumnus of Lawrence Technological University, where she received a B.S.B.A.

While living in Florida, she received an Associate Degree in Merchandising from the International Academy of Merchandising & Design, graduating Valedictorian- Alpha Beta Gamma. She continued her education after graduation by taking classes in Art, Fashion sketching, Pattern drafting, Textiles, and Tailoring.

Her first Art Award was in First grade. Since then, every job and hobby she has had builds on to her great foundation in the arts, design, and creative world.

Working in the Quality Assurance lab at Home Shopping Network.

Sub-contracting sewing for a variety of cleaners and groups

"Most of all, my experiences have filled my inner creative desires. I can never get enough of it!

The more that creative I am the more creation I desire!" - Cheryl Zemke

Past Member of the American Sewing Guild

Member of the Allen Park Sewing Guild: Downriver Sewers who are active in community service projects like Little Dresses for Africa, Goodfellow's, Fantasy Flight to the North Pole, Mott's Children's Hospital, and more.

Alumni of Lawrence Institute of Technology, International Academy of Merchandising and Design

Cheryl Zemke strives to make Unique, One-of-a-Kind Fashion Designs. This uniqueness can be seen in the custom designed patterns, hand detailing, distressing, collage work, and many other fabric manipulations she personally adds to her creations. Cheryl enjoys making things convertible, reversible, and in some way changing. She enjoys encouraging the wearer to determine how the item will be worn.

"It is my wish for my clients to become a artist when they wear my fashions."

"It is in the details that makes something special!"

C. Creations Custom Sewing & Design - Cheryl Zemke has a diverse clientele that enjoys her one of a kind garments, custom made to fit each client's unique body shapes. She works with all body types ranging from Model sizes, to Average, to Full Figure. No matter what your size a custom garment she can custom make one to fit.

Since 2002, she has worked with customers that are petite (5'4" and smaller) all the way to those that are above average in height (above 5'8" to 6'2"). She has custom made garments for clients up to a women's size 6x.

Her education in art and textiles helps her to assist clients with fabric choices. Not only fabric types, but colors and patterns as well. Below: 2016 Voted Best in Show and Judge's Favorite Stand Up Fashion Show Samurai: Beyond the Armor

FOX 2 news coverage of the Beyond the Armor contest:

Cheryl Zemke of Riverview, owner of C. Creations Custom Sewing & Design, is one of 10 fashion designers chosen by the Detroit Institute of Arts and Detroit Garment Group Guild to participate in a design contest in conjunction with the museum’s exhibition “Beyond the Armor.”

About the Design "Essence" by Cheryl Zemke

The word “samurai” draws forth a multitude of mental images - swords, armor, masks, soldiers, Japanese culture, and much more. It may be odd to say, but this fearsome warrior was a person, someone with emotions, talents, and things they believed in. That was the idea that attracted me to enter the DG3/DIA’s “Samurai: Beyond the Armor” fashion competition. I wanted to embrace this part of the challenge and explore the real samurai that not many people see, so when the opening day of the “Samurai: Beyond the Sword” exhibit came, I couldn’t wait to let my eyes feast upon the samurai collection. I left our world, for a short time, and entered the exhibit during the Edo period of the samurai with an open mind and a clean, creative pallet. I let my instincts take over, instead of preconceiving what would inspire me, as I have done in previous competitions. Out of the nearly 150 artifacts, the intricate details of each item, emotions they provoke, and the deep, underlying symbolism of the Japanese culture all add up to a riveting, irresistible, and overwhelming amount of creativity.

The samurai’s power and intimidation provoked the first of the feelings I had. Without the human inside, the armor still conveys a threatening “Don’t mess with me” presence. It is an amazing testimony to the fear factor the great samurai had to their adversary. At the time, I wasn’t sure how these feelings would influence my design, yet I allowed myself to be flooded in all the inspiration they gave me. I absorbed everything, both mentally and visually. As the pre-recorded tour guided me, I couldn’t help but listen to the recording multiple times to truly grasp the meaning of what was being said. Though some of the things I heard sounded familiar, there was much I learned from this experience that would prepare me for the upcoming challenge.

As I saw the number of items in the samurai collection that seemed inspiring, the realization that there were many different paths I could take for my design was made apparent. Would it be the dark red helmet, accented with scrollwork designs, and a golden lion on the top that stared intently back at me, or the smooth, black metal helmet with a cut out design that would be the focus for my creation? No, maybe I could use the amazing details on the intricately linked armor that was complimented by matching piping details. Looking at all the variety of talents it would take to do all this; surely, it took a village of hard working people to put the entire outfit together. Of course I could have used any of these, but I realized I wanted more. I wanted to go Beyond the Armor. I wanted to know the man, not the warrior. Among all the treasures in the collection were metal sword guards, which I repeatedly returned to throughout the tour. The iron scrollwork was just as beautiful as the negative spaces they left behind. As I learned more about the sword guards, I discovered that they served many purposes, other than stopping the sword from going into its victim or sword sleeve. They actually protected a samurai’s hands from an enemy’s sword. Over time the details on the sword guards reflected the individual samurai’s beliefs, scholastic achievements, and customs. These functional pieces of the sword were a gateway into the man beneath the armor. The more I looked at them, the more I understood about that specific man. I translated this technique of scrollwork onto my design in the fitted-shoulder, open-back cape. The base of the cape is plain, white silk organza, in which I sewed over 84 yards of 3/8” black Chinese gimp trim to create a unique, transparent item just like the sword guards. It is the representation of the strength of a modern woman. Picture 2: Back of the silk organza cape made up of 84 yds trim, additional fabric, 12    daisy embellishments and 10 laser cut dragons.

DIA docent, Meghan Direnzo, had a major impact on my design when she told us that “Everything in Japanese culture is done for a reason or purpose.” From the choice of designs on the armor, to the beaks on the metal masks, to the roping color, everything is strategically and thoughtfully chosen. I wanted to have this essence in my garments in order to have the true spirit of Japanese customs. One such example would be on the designs on the cape. Near the bottom of each hem are five, laser cut dragons; sets of five are highly favorable and lucky (as representing the five East Asian elements earth, fire, wood, metal, and water). The daisies are symbolic of faith. The overall colors of the design: black = power & foreboding, white = a blessed color/ spiritual, red = strength/ love (as seen in the Japanese flag).

My visit at the DIA ended with a beautiful performance by Japanese koto players in the Rivera Court. I sat quietly as I listened to a classical song about the samurai and the cherry blossoms (translated as “sakura” in Japanese).  I wondered what the relationship between the two had been (such a tough warrior and delicate flower), and why cherry blossoms had appeared on some of the samurai’s sword guards. After some research at home, I found out that the samurai would pray beneath cherry trees before going into battle. The samurai revered their lives like that of the blossoms. When the blossoms reach their prime, they are easily susceptible to falling off the branches to their death; likewise, the samurai embraced a similar lesson in battle. Many small, machine embroidered cherry blossoms were individually made, cut out, hand beaded, and sewn around the dress neckline to honor this important symbol of the samurai.

A samurai could easily be recognized in public because they were the only ones that could carry two swords on them. Their higher status was recognized in their white cording wrapped around them, thus the use of the white silk dupioni dress and cording. Samurai carried a fan, like most people did, but they were called tessen (meaning iron fan). War fans could be used as a weapon; the art of fighting with war fans is tessenjutsu. My modern day samurai has a metal fan bracelet that I designed in partnership with jewelry artist Kim White-Jenkins and Dave Jenkins of Helium Studio and Post. In collaboration with chainmail jewelry designer Jazmyn Bencik, Majikjaz Creations, the earrings were created. All the artisans that collaborated with me are local, thus the village that helped to create my finished look. Like I said, everything has a meaning or purpose. A Japanese legend tells of the koi fish and their show of power as they swim upstream against the current. If a Koi fish succeeded in climbing the falls at Dragon Gate, on the Yellow River, it would be transformed into a dragon for its strength and perseverance. Both the Koi and the Dragon are each represented in its own way in my design. The red Koi, handmade from cut metal, is jumping up stream on the bracelet. The dragon is seen on the back of the dress, which was a commissioned piece, custom designed and machine embroidered on silk organza, by my talented friend Karen Laughner. The dragon is represented in traditional Japanese form with 3 claws, no wings, serpent-like body, and multiple animal characteristics. My intention with this design was to blend the empowering features of the samurai, with the softer, artistic sides of the man underneath the armor. It is my wish that the garment speaks to and reflects the samurai of today: the modern woman. Everything about the design has meaning; strength and perseverance of the koi and dragon, power in the color choice, spirit in honoring the Japanese culture in design choices, and cherry blossoms for the dedication to what they believe in.  Most importantly, however, the personality of the man Beneath the Armor is brought to life through the sword guard inspired cape. The modern woman has strength, spirit, wisdom, and love for those around her, and she ultimately has the true samurai’s Essence. Picture 8: “Essence” for the Modern Samurai